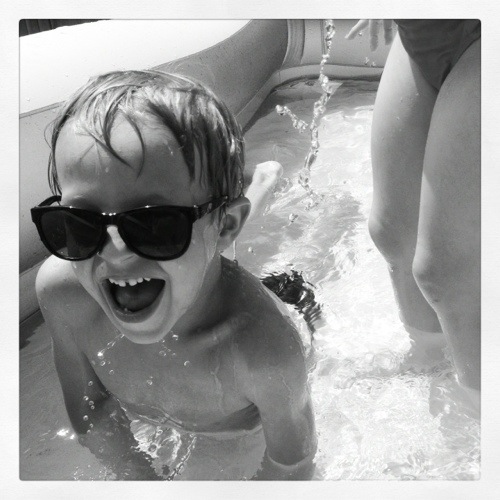 i was very young when i got pregnant with monster, just 23 years old. we had been married for 6 months and during that time i saw my dreams of going to graduate school crash and burn. i was still in a state of shock when i got pregnant and that shock only increased when i found out that our insurance would not cover my pregnancy due to a logistical error we had made. even though we moved to a different state soon after i got pregnant and had different insurance my pregnancy was not covered because it was considered a pre-existing condition. mr. mraynes and i were just beginning our lives together and already we were looking down the barrel of a financially devastating medical bill.

i did some research and discovered a midwifery practice and birth center in Arizona that would cover all of my prenatal care and the delivery for just $2000. It was still a bitter pill to swallow but it was much preferable to the $15,000+ cost of a traditional pregnancy and birth. i will be forever grateful that we went this route as it allowed me to have the unmedicated birth that i wanted. nevertheless, there was one aspect of my care that made this dream of mine infinitely harder. they did not test me for gestational diabetes. i don’t know if their insurance paying clients got this service but i did not. i have a family history of diabetes, my mother is a type 1 diabetic and as such i had an increased risk. i should have been tested.

the day of my delivery came. i was in labor for 21 hours and never have i felt closer to death. i pushed for 3 hours and when monster came out we all saw why it had been such a difficult birth. monster weighed 10 lbs. 4 oz. he had a 14 cm. head and a 14 cm. chest–you only dilate to 10 cm. i tore very badly, the effects of which i still deal with today. poor monster had a low apgar score, blisters on his head and ended up in the hospital for 3 days due to the severe jaundice that gestational diabetes babies are more likely to have. five years and three births later i realize just how lucky we got, this birth could have ended tragically.

had obamacare been in effect during my first pregnancy i would have been tested for gestational diabetes and it would have been free. my subsequent pregnancies are living testaments to what a difference it makes to have prenatal care that accounts for gestational diabetes. both valkyrie and lionheart were under 9 lbs. and i didn’t tear during either of those births. both had high apgar scores. valkyrie had no jaundice and lionheart’s was very mild.

i understand how politically sensitive this topic is but no matter where you stand on the matter there are things that just make sense to cover. greater access to preventative medicine and disease screenings reduce costs and save lives. i think reasonable people can agree that this is a good thing.

what a difference this makes.